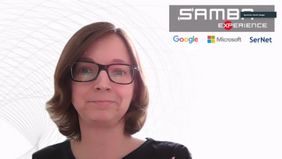 For the 20th time, sambaXP took place – and for the 2nd time, organizer SerNet hosted the event around the open source software Samba purely digitally. From May 4 to 6, 2021, participants from all over the world followed tutorials and a total of 24 presentations, and exchanged ideas remotely. The recordings are now online and can be viewed on the Samba YouTube channel. This year's sponsors again included Microsoft and Google.

The diverse program and interested attendees made for a rewarding event again in this 2nd Pandemic year. According to Nadine Dreymann, who is responsible for the organization of sambaXP on behalf of SerNet, 164 participants from 6 continents and a total of 30 countries registered for the virtual sambaXP. Dreymann also said, "Special thanks again to our sponsors Microsoft and Google, whose long-standing support contributes to the success." She states that Microsoft also added real value with the SMB Interoperability Lab (IO Lab), which was held in parallel with sambaXP for the first time.

Among the recordings of sambaXP 2021 are presentations by colleagues from SerNet's Samba team:

For the coming year, Dreymann gives the outlook for a sambaXP 2022 at the traditional location in Göttingen: "We hope and very much look forward to the international Samba team and all interested parties meeting again in person, discussing with each other on site and also celebrating together."