SerNet released the first SAMBA+ packages of the 4.9 release series. These packages are available for various SUSE and Red Hat platforms as well as for Debian GNU/Linux and Ubuntu. One of the new features in Samba 4.9 is improved support for trusted domains when Samba is running as Active Directory Domain Controller (AD DC). This main improvement was made possible by a sponsorship from SerNet.

In addition, the new 4.9 series includes many improvements and features, which are documented in the Samba 4.9.0 release notes.

The support for trusted domains/forests has been further improved. External domain trusts, as well as transitive forest trusts, are now supported in both directions (inbound and outbound) for Kerberos and NTLM authentication. Stefan Metzmacher, long time Samba team member and valued SerNet colleague, worked on the topic. SerNet has made this possible through a six-figure development sponsoring.

However there are currently still a few limitations:

Due to major changes, users should pay a visit to the Samba release notes to carefully read the 'CTDB changes' section and instructions if they use CTDB. The configuration style has been overhauled. The configuration needs to be migrated to run CTDB with the new release. The configuration migration script, which can assist to migrate the old CTDB configuration into the new style, is stored at /usr/share/ctdb/scripts/config_migrate.sh in the new packages. The script takes the /etc/default/sernet-samba-ctdb configuration file and creates a directory including a new example configuration. If CTDB manages Samba services, the created commands.sh file shows how the event scripts can be enabled.

This is the first release of SAMBA+ packages for the Samba 4.9 release series. We recommend to test thoroughly before upgrading and read the release notes carefully! With the release of Samba 4.9 former release series change their status as follows: Samba 4.8 enters maintenance mode, Samba 4.7 enters security releases only mode. As Samba 4.6 is discontinued, SAMBA+ 4.6 will still be available as SAMBA+ LTS. We created a matrix to clarify, which Samba versions are still included in SAMBA+ LTS.

Also, the new 4.9 packages won’t be available for some distributions any longer. Please have a look at the SAMBA+ HowTo on OPOSSO.

This year’s SDC - Storage Developer Conference will take place from September 24 to 27, 2018 in Santa Clara (California/USA). SerNet supports the SNIA hosted event again as silver sponsor. We will also be present with a sales team and a lot of information about SAMBA+, especially SAMBA+ for OEM and SAMBA+ LTS.

In addition, our Samba developer team will be attending and give the following talks:

SAMBA+ 4.8.5 and 4.7.10 have just been released. Packages for various SUSE and Red Hat platforms as well as for Debian GNU/Linux and Ubuntu are available now.

These packages address a lot of issues, which are listed in the Samba release history:

SAMBA+ 4.8.4, 4.7.9 and 4.6.16 packages have just been released. These are important security releases, please update affected systems as soon as possible. The packages are available for various SUSE and Red Hat platforms as well as for Debian GNU/Linux and Ubuntu.

The packages address the following issues:

For more information about the security issues, please visit: 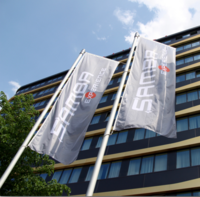 sambaXP 2018 – sponsored by Google, Microsoft and RedHat – brought together the international Samba team again. People from all around the globe gathered in Goettingen and talked shop about current samba topics for several days. The annual success is an incentive for organiser SerNet to create another great SAMBA eXPerience in 2019. Therefore we are pleased to announce the date for sambaXP 2019 already: The conference will take place June 4-6, 2019 at Hotel Freizeit In in Goettingen.

The Call for Papers for sambaXP 2019 has started as well. Talks should be submitted until February 28, 2019. The program committee will decide shortly after that and notifications of acceptance will be send out until March 8, 2019. SerNet and the Samba team are looking forward to submissions about SAMBA and the broader challenges of data management. Technical talks, user reports and presentations about future projects are welcome. The conference language is English, although proposals (in English) for talks in other languages will be considered gladly. Paper registration and paper submission can be done online only via the registration form on https://sambaxp.org.

As for the sambaXP 2018: Slides and audio recordings are online now. All of them can be downloaded individually or as a package from the conference page https://sambaxp.org

Don't miss any more SAMBA+ news? Read the latest in your feed reader of choice..