How ownCloud and SerNet worked together to improve the SMB protocol, is described in a new blog post from ownCloud. Read about it in the article "Windows Network Drive integration benefits from Samba contributions".

The text emphasizes, how Open Source Collaboration can prove to be an important and stimulatory factor for projects. In this case, ownCloud engineers worked together with longtime Samba expert Volker Lendecke at SerNet. This resulted in notifications for smb-client implemented in the SMB2 and SMB3 protocol, subsequently boosting performance and bringing more reliability to the windows network drive integration. So – to quote ownCloud: "the professionals at SerNet have your back".

SAMBA+ Long Term Support (LTS) packages provide the well-known SAMBA+ packages, but with 36 month security updates instead of 18. This extends the lifecycle significantly and leads to reduced costs, especially for OEMs.

SerNet will provide the security updates pretty soon after the upstream Samba releases to ensure that systems are protected against the known defects as soon as possible. We will start with SAMBA+ 4.3, 4.4 and 4.5. SAMBA+LTS is already available in the SAMBA+ shop.

To make services even more accessible, SerNet is adding support budgets to its regular support contracts with Service Level Agreements. Support budgets can be purchased directly from the SAMBA+ shop and are ready for immediate redemption. This guarantees customers even faster access to the know-how of our experienced SAMBA+ team. In short: You buy the support budget, we start working on your requests. The support budget not only covers services around SAMBA+ but rather requests regarding overall CIFS/SMB (Samba, Microsoft Windows), AFP/Netatalk, Linux (Debian, Ubuntu, RHEL, Fedora, SLES, Leap), Unix (AIX, Solaris, HP-UX), Directory Services (Active Directory, LDAP), Printing (CUPS), Infrastructure
(DNS, DHCP, SSL). Another advantage: Within the SAMBA+ support budget, the billing rate is identical for all types of services.

A SAMBA+ support budget includes 10 service hours, invoiced in time units of at least 15 minutes. Once purchased, budgets can be redeemed for 24 months. A total of 4 budgets can be purchased at once and used for a project of up to 40 hours. More details on our SAMBA+ Support page or directly in the SAMBA+ shop.

SerNet releases SAMBA+ 4.8.2 and a new set of the 4.7.7 packages. These packages are available for various SUSE and Red Hat platforms as well as for Debian GNU/Linux and Ubuntu.

The new 4.8.2 packages address a lot of issues, which are listed in the Samba release history.

Additionally the following issues are addressed: 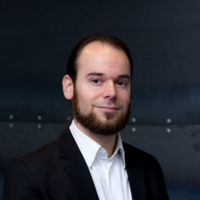 SerNet provides new sets of SAMBA+ 4.8.1 packages. These packages are available for various SUSE and Red Hat platforms as well as for Debian GNU/Linux and Ubuntu.

Additionally, we changed the default of the "SAMBA_RESTART_ON_UPDATE" parameter in the Samba service configuration to "yes". This ensures that all daemons will be restarted after upgrades to make sure that all changes will take effect. Please make sure, that all files are closed before upgrading to avoid data corruption!